The Story Behind Net Zero Home Design—According to LiLu

Mark admits that he has always been interested in efficiency. So it would make sense for him to want the same from his home.

“Part of it is efficiency for efficiency’s sake,” Mark said. “Financially perhaps, but even more so I’ve come to understand and appreciate the importance when it comes to responsibly stewarding our environment.

Mark and his wife Kate first tried building in Blaine, but those plans fell through. A little more than two years ago they set their sights on another community—one that happened to be quite convenient and familiar.

“Not only is Roseville close to Kate’s job,” Mark said. “But it’s also where she grew up.”

Mark and Kate hired a general contractor Kerry Hage to begin the construction process. Soon after, Kerry suggested the couple hire an architect.

They went with SALA Architects, because as Mark explained, “we didn’t want a home that looked like a grain silo.” 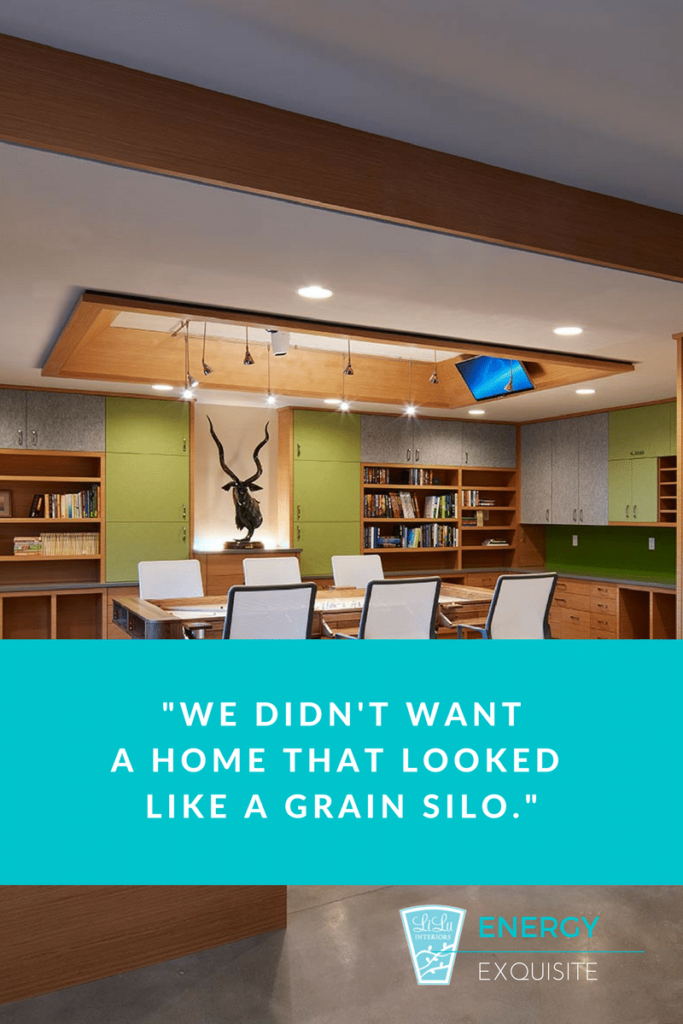 SALA confidently and quickly suggested that LiLu join the team. Mark wasn’t so sure.

“I was hesitant at first,” Mark admitted. “I thought we could do the interior ourselves. How hard could it be to pick things out? Boy, was I was wrong.”

What LiLu brought to the process, Mark said, was expertise and an organized approach to research and design.

“They were incredible,” Mark said. “They not only identified a variety of options for each product and material, but they also provided us with the green story for every selection they presented to us.” 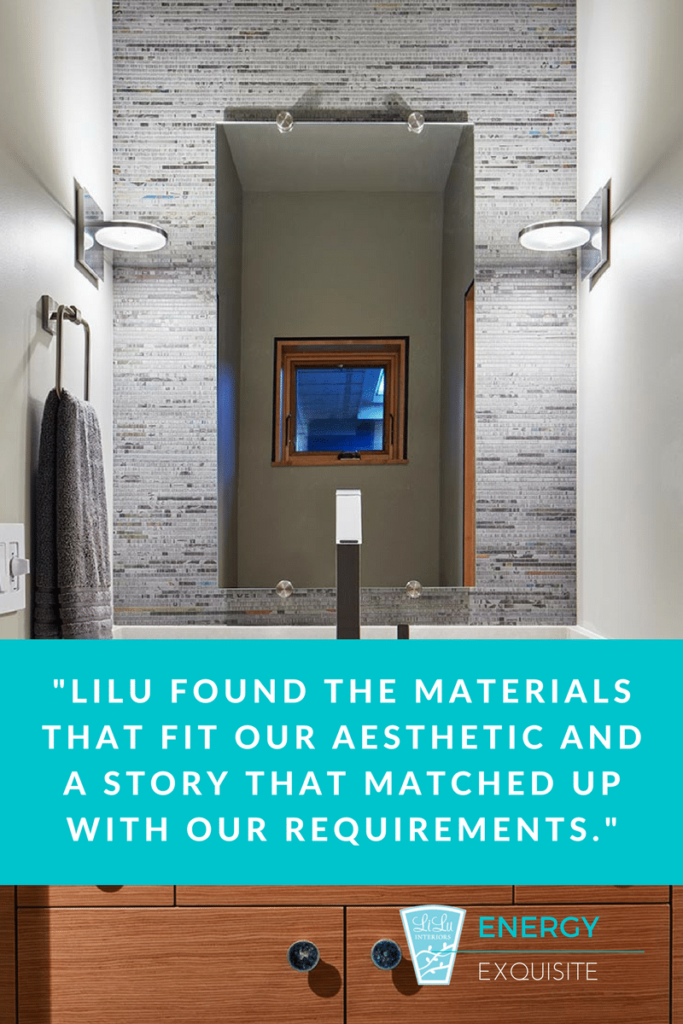 Sustainable and energy efficient materials all come with a green story—everything from manufacturing to lifecycle. By knowing more about a material, homeowners can make more informed decisions.

“We would not have been able to keep up with the research alone,” Mark said. “LiLu found the materials that fit our aesthetic with a story that matched up with our requirements.”

So what exactly is a net zero home? Mark provided an analogy to help explain the concept.

“Our energy use is like a credit card,” he said. “The use is like charging against that credit card. But we’re constantly paying off any remaining balance so at the end of the year we have a zero-balance.”

In other words, Mark explained, they put as much into the grid as they take out. In the winter they take out more than they produce; in the summer they use less.

Construction methods and architectural decisions all work in concert together.

Solar panels on the roof generate 2100 KwH each year, which is enough to power the home and the couple’s two electric cars. The home only has five corners, which reduces heat costs. The eaves allow more passive solar heat in during the winter, while shading light in the summer to keep the house cool. A geo-thermal field and pump is the only source of energy—there are no supplemental fuel sources attached to the house.

Inside is no different.

“We wanted everything to be net-zero, not just the house itself,” Mark said. “Every interior product works to support the net zero concept.”

And the couple feels healthier as a result. 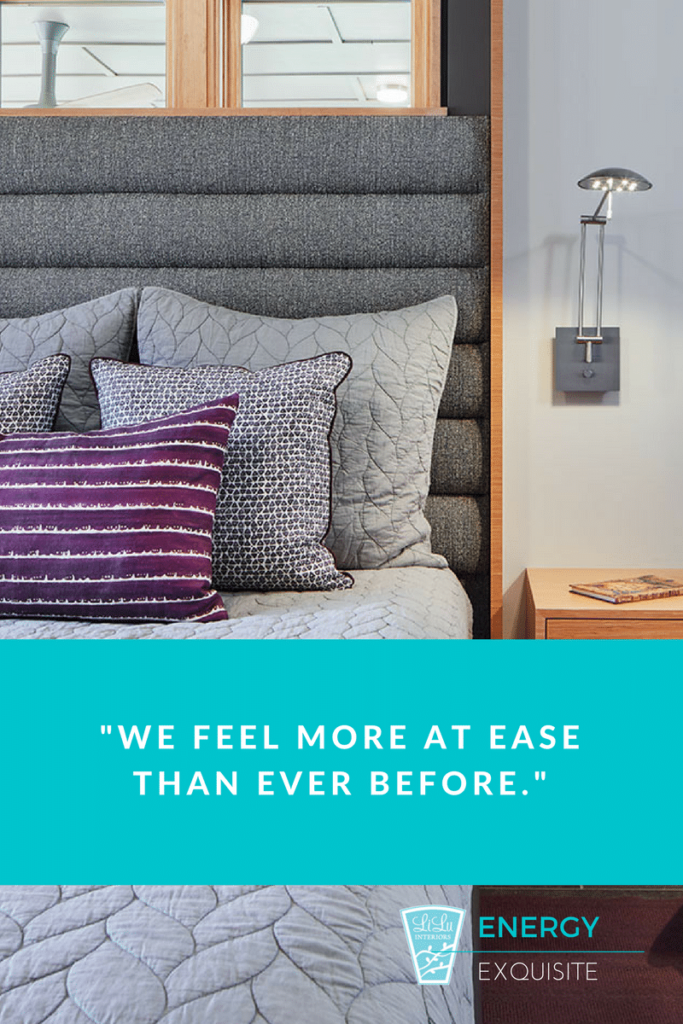 “Within the first few days we were feeling healthier,” Kate said. “Practically speaking but then also feeling like we were in a comfortable space. We feel more at ease than ever before.”

The couple moved in less than one year ago and they are still discovering details that surprise them. They walk around and are still pointing out how much they love the house. And while their favorite part is the results, both Mark and Kate enjoyed the collaboration between LiLu, SALA, and Kerry

“Everyone could feed off the energy off the others,” Kate said. “Lots of creativity and energy came as they were all discussing the best way to come up with a solution.”

Has this experience softened the once-skeptical homeowner?

“I would absolutely recommend LiLu to friends looking for interior designers,” Mark admits. “I’m still not totally sold on the concept in general, but I would encourage my friends to partner with LiLu in a heartbeat.” 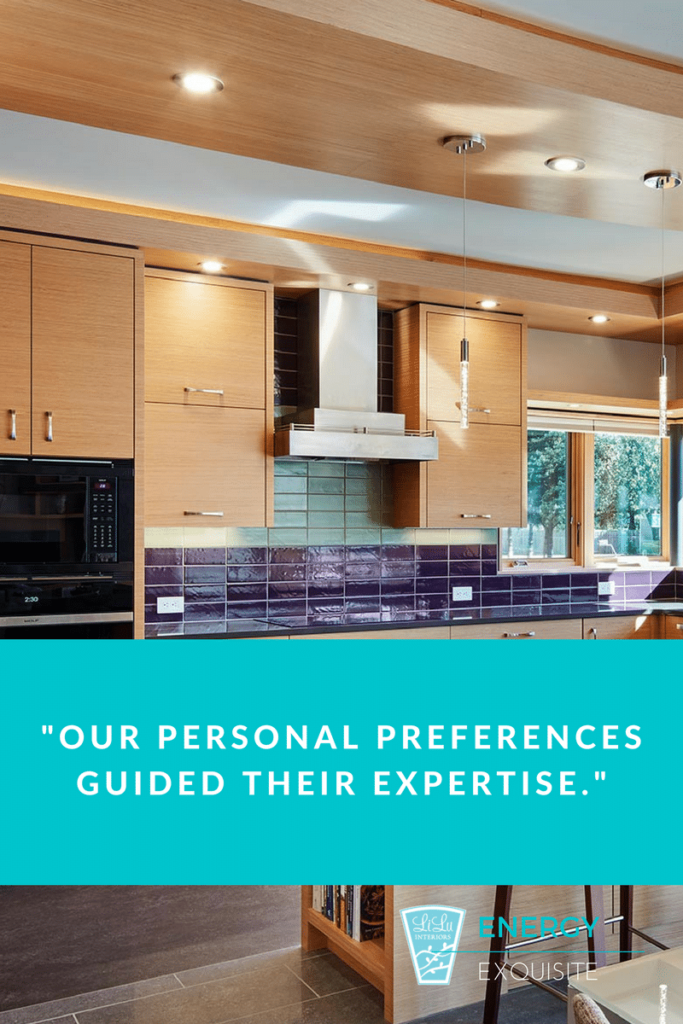 For Mark and Kate, the reason they enjoyed working with LiLu is simple.

“They didn’t try to force us into their design. Our personal preferences guided their expertise.”

Just think of LiLu as dual-threat designers: equally committed to constructing inspiring thoughts as we are to creating fabulous interiors. We share our love for both right here every Sunday and Wednesday.

Learn how to decorate your home like a pro! Download our FREE Guide to the 7 Most Common Decorating Mistakes and How to Avoid Them.