Nostalgic, evocative, and intriguing the portraiture of Shelly Mosman has the power to take the viewer on a fanciful trip to another place and time. It’s not surprising because Shelly draws much of her inspiration from the Romanticism movement of the first half of the 19th century. 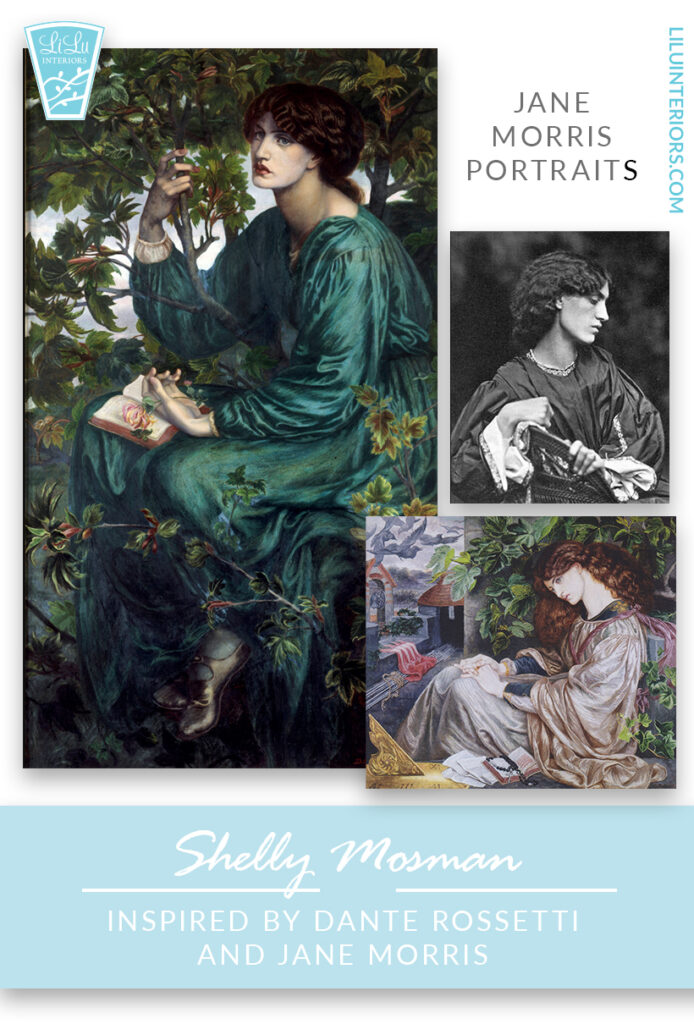 The Romantic era itself emphasized an idealized past while glorifying nature, emotion and individualism. When asked about her inspiration, Shelly said she was particularly inspired by the artist Dante Rossetti and his muse Jane Morris.

For the designers reading, Jane was an artist’s model and the wife of William Morris, a friend of Rossetti. When I look at Shelly’s portraits, I feel like a see a bit of a William Morris influence also. She frequently uses tapestries as backdrops.

Jane Morris was a muse for many artists and is said to have been the for model for the character Eliza Doolittle in Pygmalion by George Bernard Shaw. Her story is very intriguing. (see more here) For a time in 2014 Mosman was looking for a model who had the same striking pre-Raphaelite beauty as Jane. 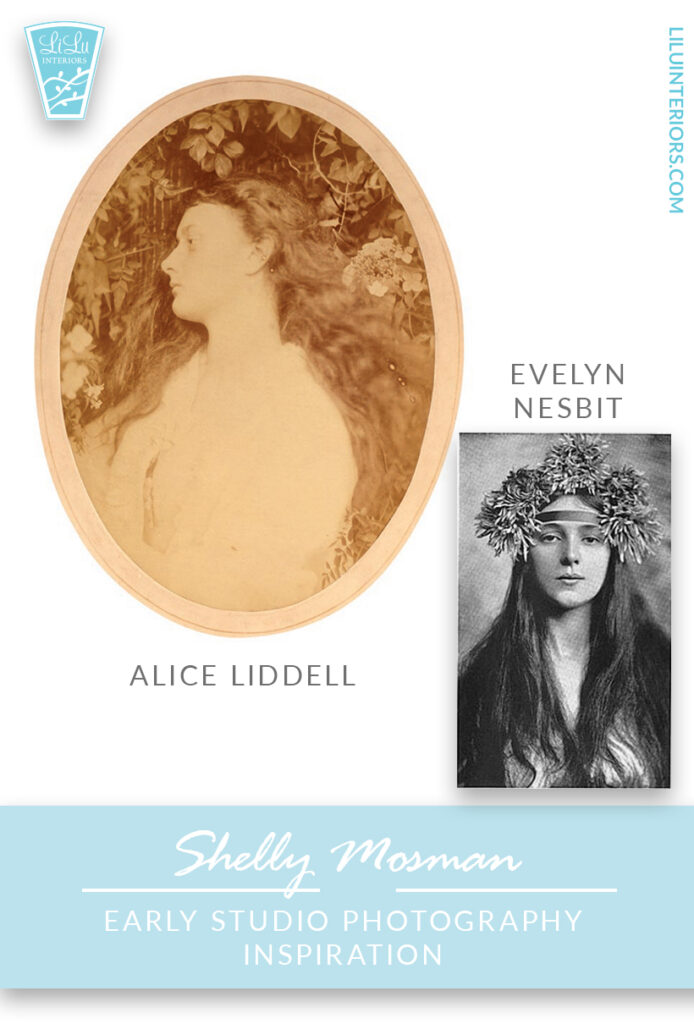 Early photo studio portraiture also influences Mosman’s work. I found a few examples of the type of elements she listed including the backdrops, props and random elements. Including this portrait of Alice Liddell done by Julia Margaret Cameron. Note the elaborate backdrop which evokes nature. If Alice Liddell sounds familiar, she was also a famous muse known to most of us as Alice in Wonderland.

Because of her love of early photo studio work Shelly is always on the hunt for new backdrops. The larger the pattern the better. She says the custom painted canvas backdrops are one of her favorites. She often collaborates with Carter Averback of Omforme studio, who is a master painter. 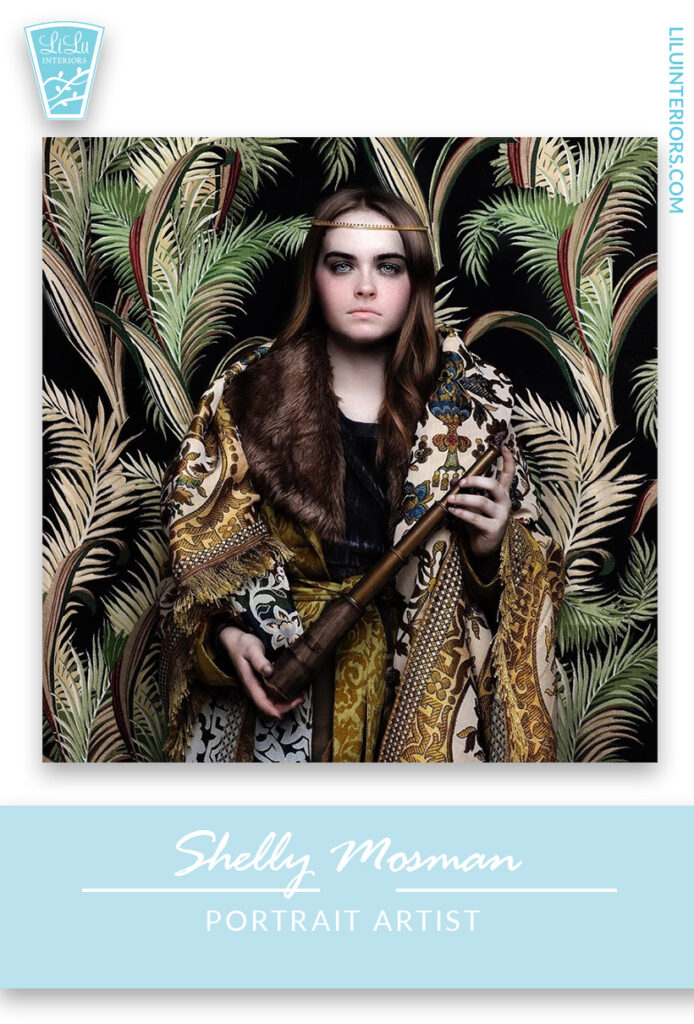 Shelly Mosman portrait artist says “Portraits are what I am most attracted to when it comes to art of any medium. I very much appreciate personal esthetic and (am) very inspired by it.”

A self-described “life-long love of good old-fashioned dress up” also influences Mosman’s approach to portraits. In fact, she loves dress up so much she produced a 60 model runway show in 2018 because her photography work didn’t satisfy her playing dress up itch.

She says as a commission artist she is “constantly re-creating characters and vignettes with suggestions of narratives.”

I think that is the reason I find her family portraits to feel timeless, beyond just a record of our family this year. The suggestion of a story seems to elevate the family portrait to a true art form. 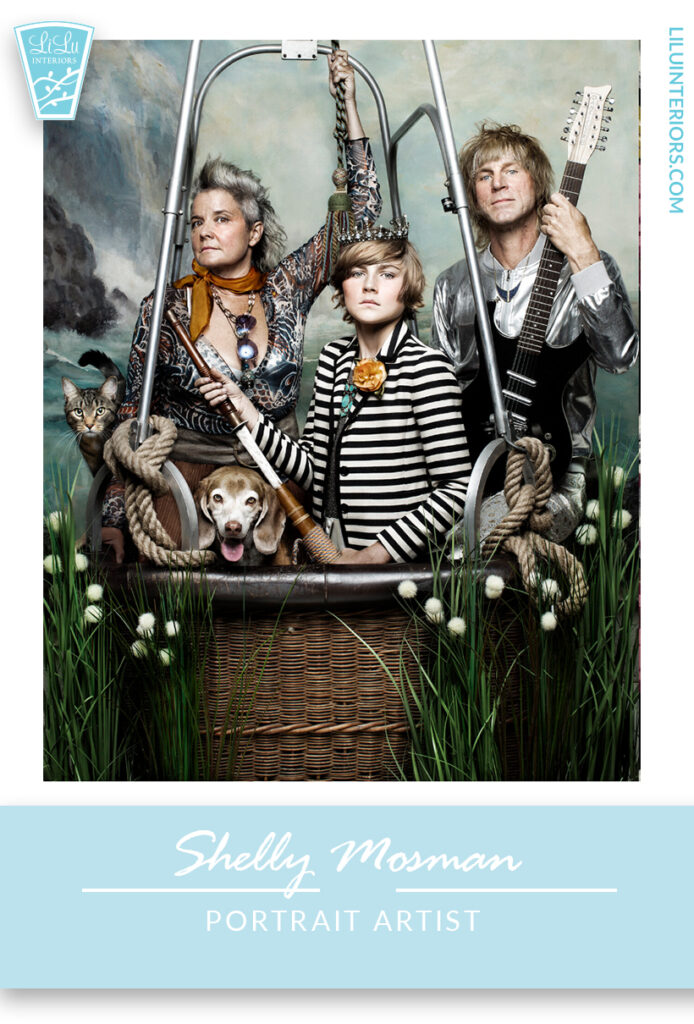 Since much of her work is commission, she tends to learn about the interests of the client and weave their interest together with what they have liked about her collection to create the backdrop and narrative for their portrait.

However, she believes the story is really in the eye of the viewer. “This might be how the viewer relates to the subject’s expression or style. Nostalgic aspects might trigger memories and make it more personal” She likes to introduce elements in each portrait that encourage the view to spend time making up their own ideas and daydreaming a bit. 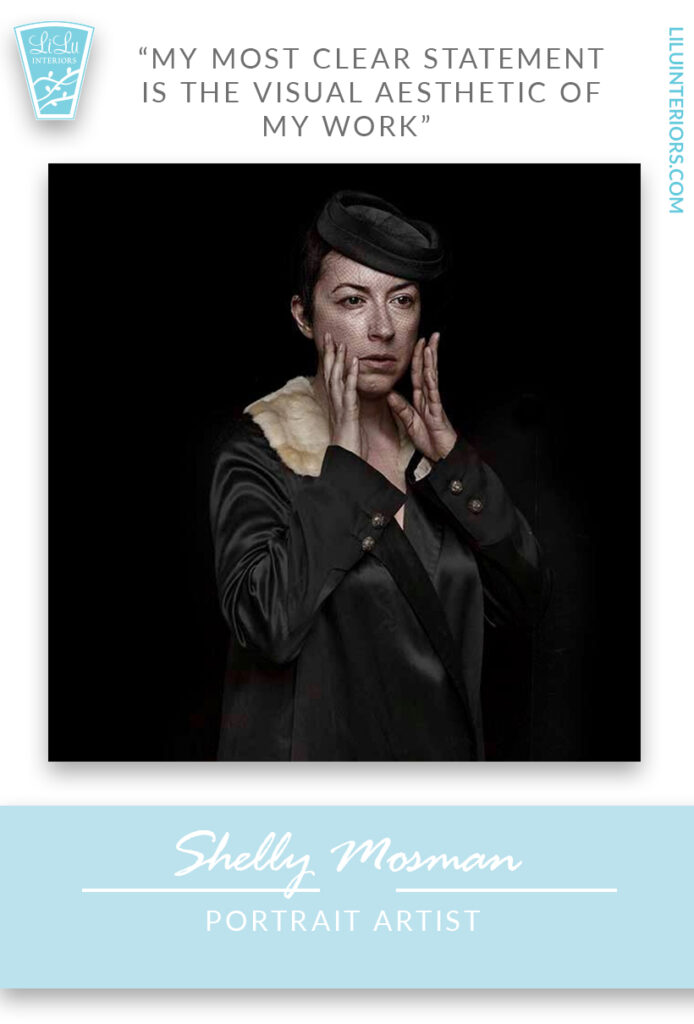 There are two ways to own a Mosman portrait, if you want to purchase an existing image Mosman will find out if her subject will allow purchase by third parties or better yet, commission a portrait of you, your family or a loved one and have your own one-of-a-kind master piece. 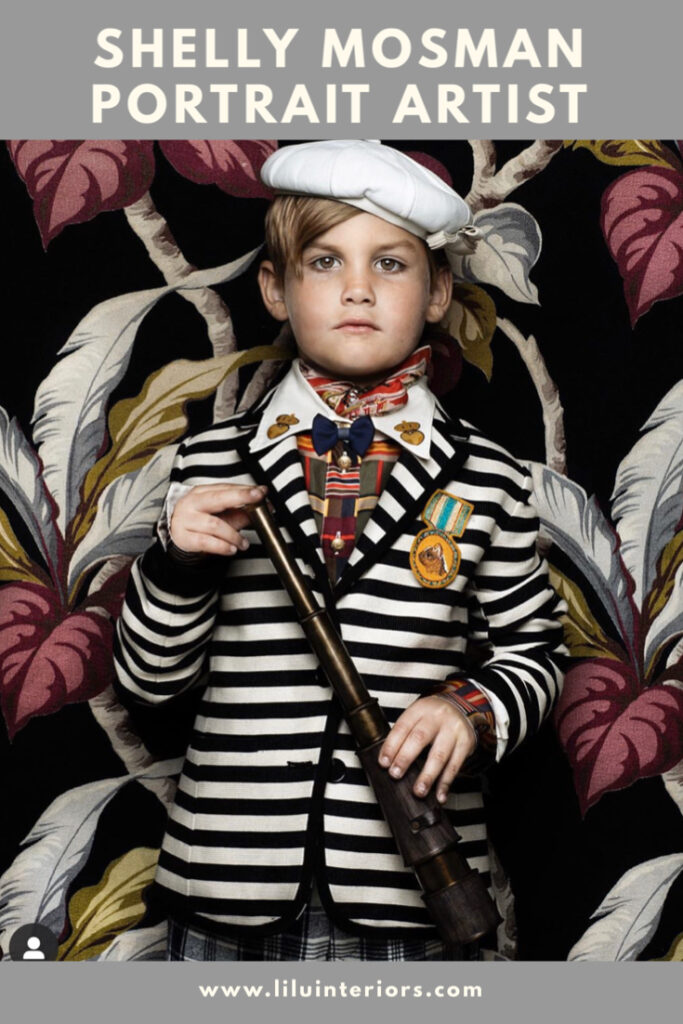 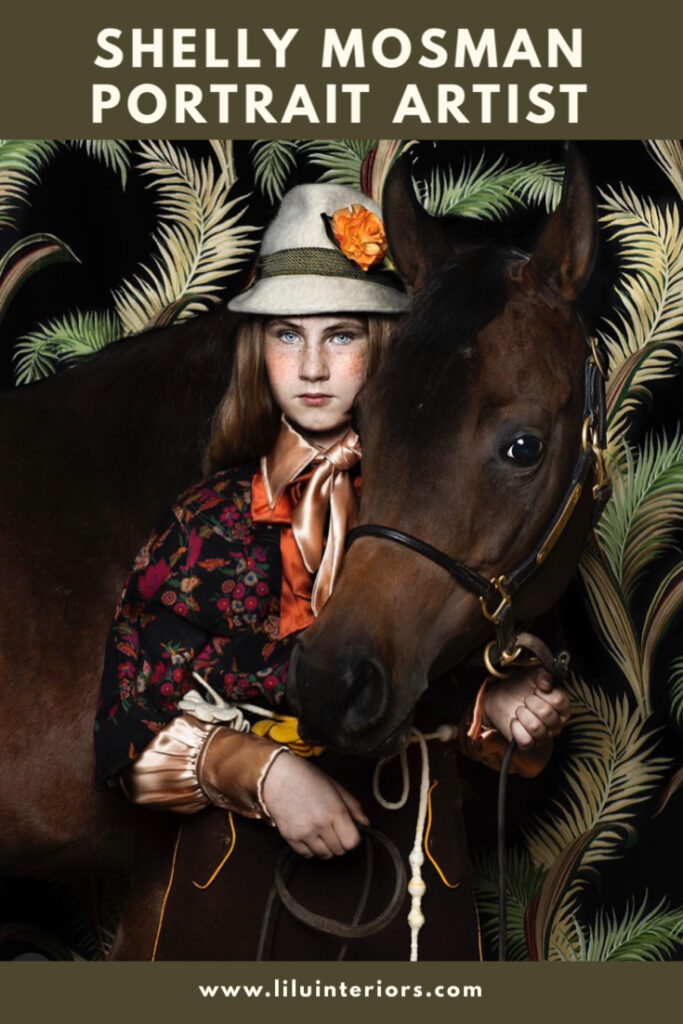 Just think of LiLu as dual-threat designers: equally committed to constructing inspiring thoughts as we are to creating fabulous interiors. We share our love for both right here every Sunday and Wednesday.